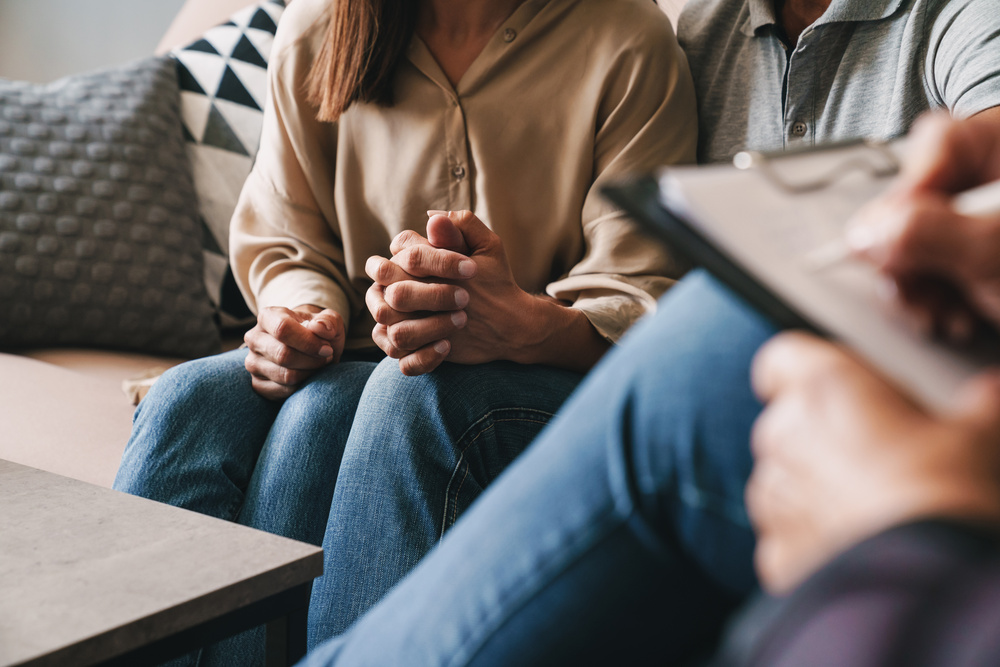 Marriage counseling can be a hard thing to nail down. For example, people new to counseling frequently ask how long it is going to take. What they want to know is how many sessions they should plan for. But the fact is that marriage counseling doesn’t necessarily have a defined timetable. There is not a set schedule that couples can depend on.

It would be nice if a therapist could say, “Four weeks and you should be all done.” But this is not how it works. The length of time it takes for couples to complete counseling depends on three main factors, all of which are discussed below. As you read, bear in mind that marriage counseling is purposely open-ended in order to accommodate couples across the counseling spectrum.

A good marriage counselor works with couples to establish goals.  At Relationships & More in Rye, NY, this generally occurs during the first session. Additional goals may be established later while previous goals may be modified. Marriage counseling does not technically end until either:

Some goals are easier to achieve than others. They are established and completed quickly. Others are harder. They take longer. Likewise, couples respond to marriage counseling in different ways. Some respond well enough to achieve their goals in five or six sessions. Others are slower to respond, requiring twice as many sessions.

A couple’s commitment to counseling has a very definite impact on how long things take. Bad attitudes, a lack of commitment, and an unwillingness to actively participate only make the process harder. And when the process is harder, it generally takes longer to get from point A to point B.

Of course, a lack of commitment can end marriage counseling prematurely. A couple and their therapist could plan on six or seven sessions based on the goals established in the first session. But a lack of commitment by one or both spouses could bring everything to a screeching halt after just two or three weeks. Unfortunately, walking away from counseling before goals are achieved happens more frequently than it should.

Finally, the number of sessions a couple needs to get their marriage back on solid ground is affected by the depth of their problems. We chose the word ‘depth’ over ‘seriousness’ for the simple fact that even problems considered minor could doom a marriage if they are deeply rooted enough. They need to be uncovered and dealt with if marriage counseling is to succeed.

Likewise, a couple could suffer from serious issues that barely reach below the surface of their relationship. These need to be dealt with as well, but they are not rooted as deeply. The point is that the most deeply rooted problems tend to take the longest time to address because they need to be uncovered first. And once uncovered, they need to be dug out.